Personas are NOT a Document 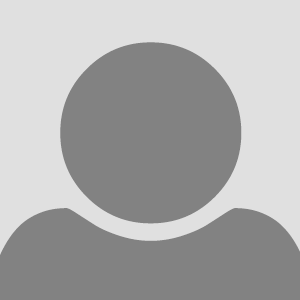 Joshua Porter (formerly of UIE, but now doing great work on his own at Bokardo Design) recently described much of the latest online debate about the need to develop personas when designing. Josh got a lot of things right, but he got one thing very, very wrong. And, unfortunately, he bases a lot of his argument on that one thing.

But while all of this arguing is going on, nobody is really defining what personas are. This, of course, is a big part of the problem. What most definitions don’t say is that personas are a document. They might be a poster, a word file, or a PDF. But they are a document that represents an archetypical person that is passed around design teams. Ok, just wanted to make that clear.

Personas are not a document. Persona descriptions can be a document (or a movie or any other practical rendering). But, those are just renderings of what happened during the persona creation process.

Here’s the way to think of it:

Personas are to Persona Descriptions as Vacations are to Souvenir Picture Albums.

While people who didn’t go on the vacation can look through the album and think, “Boy, that must’ve been fun,” they’ll never get the full experience of what the actual vacation experience was. The album is just a remnant.

In the UX community, many folks are now saying, “I’ve looked at these documents and they just don’t do anything for me. I don’t think personas are valuable.” Unfortunately, they are judging the value of creating and using robust personas based on the quality of the paper deliverable. If the vacation pictures aren’t compelling, did the vacation itself suck?

To be fair, I think there could be a lot of improvement in the ways people document their personas. Todd Zaki Warfel, over at MessageFirst has some interesting diagrams, though he admits they take a bit of explanation. However, these are just the final souvenirs, after the team has gained the real value. That value comes when the team visits and observes their target audience, absorbs and discusses their observations, and reduces the chaos into patterns, which then become the personas.

What’s in the team’s head, as they are designing, is what will make a difference in the final design. The persona descriptions are just there to remind everyone what happened.

If you’re amongst those who insist on judging the value of personas on their descriptions, I suggest you cancel your next vacation and just order one of these gift boxes. I’m sure you’ll find it just as valuable as the vacation itself.